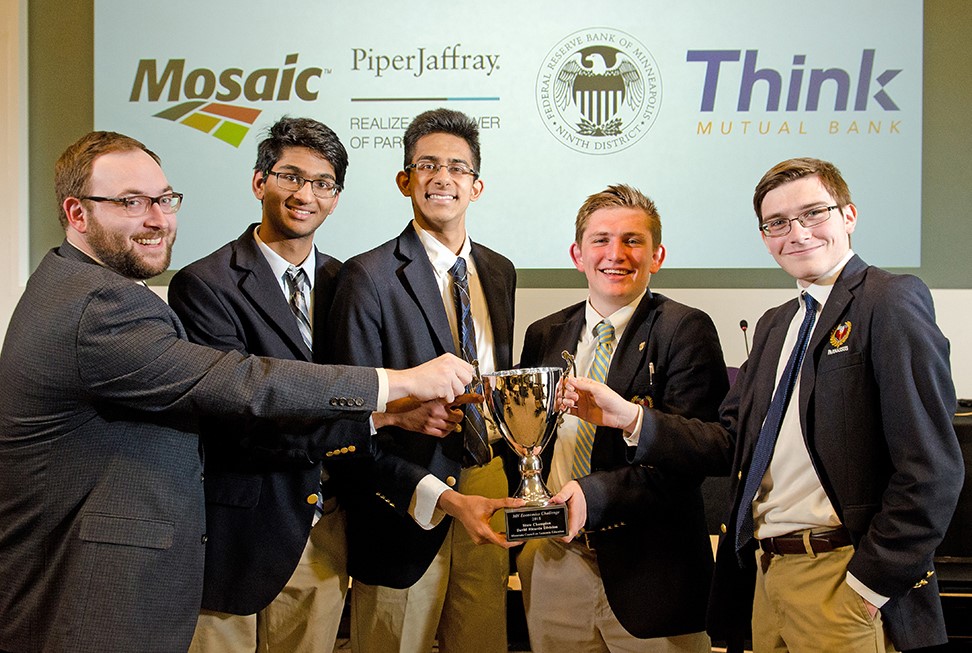 St. Paul, MN – April 16, 2018 – Parnassus Preparatory School won the state champion title in the David Ricardo, or large school, division of the statewide Economics Challenge on April 11 at the Federal Reserve Bank of Minneapolis. This was the first year that Parnassus Preparatory School competed in the competition. Cloquet Senior High, winners of the 2017 competition, took second place.

The team will now compete in the national semi-finals on April 24, where the top eight teams in the David Ricardo division will be invited to the National Economics Challenge in New York City in May. Eight different Minnesota high schools have reached the final four at the national level, more than any other state. Minnesota students have placed in the top four at the national competition 19 times in the competition’s 17-year history.

About Minnesota Council on Economic Education

Established in 1961, the Minnesota Council on Economic Education is a nonprofit organization housed at the University of Minnesota with a mission to equip Minnesotans with the economic and personal financial understanding needed to succeed in today’s complex economy. MCEE accomplishes this mission by teaching teachers, engaging students, and reaching communities. MCEE is an affiliate of the national Council for Economic Education (CEE) and as a leading state council with 57 years of service to Minnesota. MCEE is well placed through collaborative partnerships with public and private entities to fulfill its mission, https://www.mcee.umn.edu.