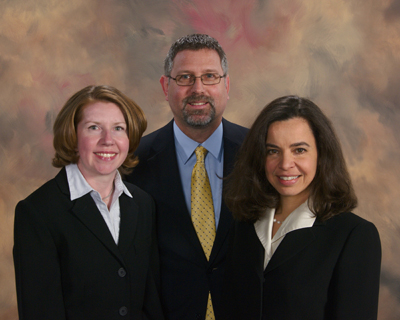 After three years of research, planning, implementation and execution Parnassus Preparatory School opened its doors on Monday, August 22, 2011. The existence and success of the school is attributed to three founding parents, Ms. Laura Miranda Bottenfield, Mr. Greg Friess, and Ms. Heather Ross. The founders dedicated three years of their lives, with many sacrifices along the way, to make Parnassus a reality. As Board Officers and Directors, they continued to support the school and ensure that the mission and vision is delivered. (From left to right: Ms. Heather Ross, Mr. Greg Friess, Ms. Laura Miranda Bottenfield).

The founding of the school began in 2007 when Ms. Bottenfield, a resident of Maple Grove with two elementary school aged children, realized that there were limited options for school choice beyond the traditional system of the local public schools or private schools in the Northwest metro. She researched and studied schools and educational models and realized that the classical model was what she wanted for her children.

The founders began the process of creating a school by drafting a plan and finding an authorizer. Ms. Bottenfield, Mr. Friess and Ms. Ross put together a proposal for a classical school which was accepted by the well-respected charter school authorizer Friends of Education, which focuses on classical or Core Knowledge charter schools and sponsors multiple charter schools in Minnesota. The Parnassus school charter application was then submitted to the Minnesota Department of Education (MDE) in 2009 in a competitive application process. There were sixteen applicants for new charter schools that year. MDE approved four applications out of the sixteen and Parnassus, with its well researched and thought-out plan, received the highest score. Parnassus received its K-12 charter from MDE in 2010.

The founders named the school after Mount Parnassus, the towering limestone mountain in Greece that in ancient times was known as the home of the Muses, who inspired literature, sciences and the arts. It has since become a metaphor for learning, achievement, excellence, and the development of the mind. The name reflects the founders’ belief that Parnassus will provide a classical academic program that will produce students who are critical thinkers, coherent writers, confident speakers, thoughtful leaders and responsible members of their community.

From the beginning, the founders knew that Parnassus would be exceptional. In its first year, the school broke the first year enrollment record for charter schools in Minnesota and has exceeded the expectations of its authorizer and parents. Going forward, the school will continue to grow and improve so that it can fulfill its mission to “provide students with a classical education grounded in the classical Trivium that demands their best in intellectual achievement and character development.”