As thousands of parents choose a classical education for their children, many more are left with questions. Unfamiliarity with the classical method seems to have given rise to some common myths and misconceptions around the classical model. While one may find some truth in each myth, we believe concerns about classical education will begin to fade as one’s knowledge about it increases — resulting in the same enthusiasm that has motivated thousands of parents to return to this proven education method.

Myth #1: Classical education was fine for back then, but now we need modern education in a modern world.

Fact: Classical education teaches students facts, provides them with the logical tools to use those facts, and perfects their ability to relate those facts to others. This fundamental skill–set is more valuable today than it has ever been.

The process of teaching students to think extends far beyond filling their heads with knowledge. Modern education, to varying degrees, has succeeded in teaching facts and some skills. Classical education helps students draw original, creative, and accurate conclusions from facts and then formulate those conclusions into logical and persuasive arguments.

Modern subjects based in science and technology are taught in classical schools, through classical methods. Parents who are exposed to classical education recognize that its “back to the basics” approach contrasts with the distractions of modern education. Is the classical method applicable in a modern, technological age? Absolutely! The technology we have today was invented, in large part, by the classically educated. Man inhabited the earth for thousands of years without developing computational technology until the last two hundred years. It is no coincidence that the groundwork for these achievements was laid within the last 400 years when classical education was at its height. Classical education teaches children the timeless skills of thinking, reasoning, logic, and expression. Our subject matter is as up-to-date as that found in any modern school. We simply add further depth and dimension through this time-tested method which is unseen in most modern schools.

Myth #2: My child is not intelligent enough to attend a classical school.

Fact: Students at Parnassus vary in intelligence from “exceptionally intelligent” to “below grade level.” Many parents assume that a classical education is only accessible to “gifted” children, but that is simply not the case.

In fact, all children benefit greatly from the classical method. Until the early 20th century, there was no substantial alternative. If you were educated in Western society prior to 1850 you were classically educated, regardless of your level of intelligence.

As is usually the case, myths start from a spark of reality. Many parents will observe the curriculum of Parnassus and assume the children are abnormally bright. In reality, classical education challenges children and is uniquely able to leverage their natural abilities during different stages of childhood. In short, we take ordinary children and deliver extraordinary results by employing proven methods tested for centuries.

Myth #3: Classical education is too extreme.

Fact: This myth usually stems from the fact that classical education is very different from today’s conventional education. Parents are rightfully skeptical of anything that differs so boldly from the norm.

However, classical education was the norm just about 100 years ago. Almost all of the world’s great authors, scientists, statesmen, and politicians were classically educated.

Conventional education has taken an experimental approach to educating our children over the past few decades. This constant state of change in education creates an environment where anything “traditional” seems extreme. Classical education provides a basic structure upon which we can build effective, successful students. We are not advocating an experiment; rather, we are seeking a return to a system that was proven effective for over 1,000 years.

Fact: Children enjoy learning. They are wired for it. Assuming that a child will not be able to succeed in a challenging environment is tempting, but simply untrue.

A common assumption is that a demanding curriculum results in unhappy children. As adults, learning new things can be uncomfortable. However, most children are fascinated by what they learn at Parnassus. The students studying Latin at Parnassus beam with excitement as they become able to converse with one another in a language that most adults do not understand. The rich and complex texture of classic and classical literature is strangely amplified by youth. The science and history of Western Civilization come alive for those who hunger to know about their world.

The spark of truth in Myth #4 may lie in our philosophy on grading at Parnassus. As public school, grade point averages (GPAs) continue to edge upward (even though our national standardized test scores related to other countries continue to be disappointing), parents of students in classical schools find that a “C” truly means their child is doing average work in a particular subject. It is important that grading standards be upheld and that students earn their marks. This can create some frustration among students who are accustomed to achieving “easy As” in other schools.

Fact: This myth seems to have begun with Hollywood’s negative view of anything traditional, including classical education.

Classical schools maintain order in the classroom. However, this does not translate to stoic classes where interaction is limited to an occasional, downcast “yes sir.” In fact, Parnassus encourages extensive interaction between students and teachers. Students are encouraged to offer observations, ask questions, interact, and make comments. In short, the classical method at Parnassus is encouraging and will succeed at creating a stimulating and enjoyable environment for students.

Reprinted and adapted with permission. 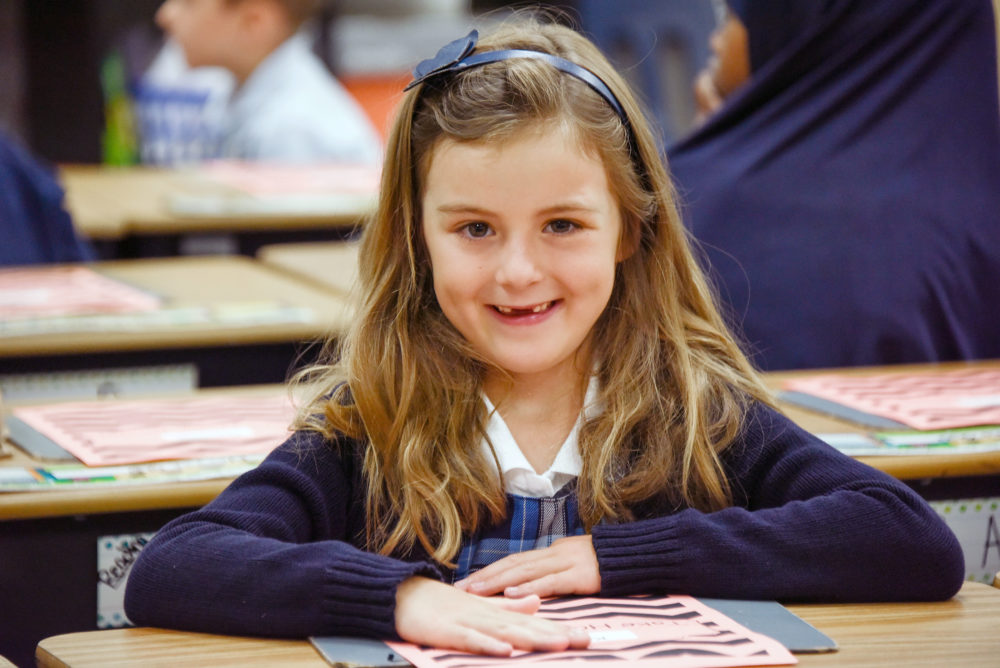